Des Moines’ city hall is getting an overhaul…and it means some of its operations will have to temporarily relocate.  The historic building is getting new heating and cooling equipment, and a new sprinkler system.  The 3-million dollar project is expected to start next summer. 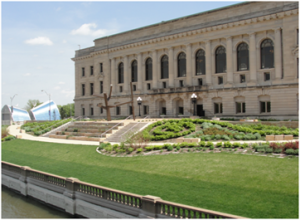 Des Moines’ 25-year comprehensive plan will include downtown development…and the city council last night looked at proposals for some projects that would dovetail into it, including the  Confluence on 3rd proposed apartment building.   Mayor Frank Cownie says the Court Ave area needs both stores and residences.

Plan DSM gets another public look-see tonight at Polk County River Place. They’ll also likely get to see the city’s draft goals and policies, which are being included in the plan.  The mayor says they’ll have to match codes and zoning with the final draft.

The EPA is putting some oomph behind its standards to protect farm workers from poisonous pesticides. Almost anyone under 18 would not be able to handle the chemicals, and buffer zones would be required around fields to protect workers from fumes and drifts.  There would also have to be annual training sessions on pesticide risks.

Governor Branstad has signed an executive order creating an office to tackle bullying in and out of Iowa schools. The bullying prevention office will operate through UNI’s Center for Violence Prevention.  The office will look at training opportunities, set up guidelines and address inconsistencies in data reporting.

Actor and former White House staffer Kal Penn is in Des Moines today to meet with students at as part of the White House’s “Turnaround Arts Initiative.” Penn is working with the school this year to bring more focus and engagement on arts, and he said he enjoys working with kids.

Iowa community college students are getting into financial trouble while funding their education…that’s the upshot of a report from the National Association of Community College Trustees.  It shows Iowa students take out loans at more than twice the national average, and default more than average on their loans.

Dozens of faculty members at the University of Iowa are calling for the immediate resignation or dismissal of the Board of Regents for hiring Bruce Harreld to be the university’s next president.  The measure was unanimously approved during a closed Faculty Assembly meeting.

A new state database for finding mental health beds isn’t working for several eastern Iowa hospitals.  Three rural hospitals say while nearly all the in-patient psychiatric programs in the state have logged on, most are not updating their information. The software also doesn’t show when hospitals entered the bed availability.

The state insurance commissioner has reached settlements with three Florida companies for deceptive health insurance plans they sold in Iowa.  The plans were fixed indemnity policies that only pay limited benefits toward medical services, sometimes no more than 50 bucks.  The settlement includes restitution and a ban on them doing business in the state.