Urbandale’s Webster Elementary School and Grinnell’s Davis Elementary are among five Iowa schools named National Blue Ribbon Schools for 2015.  The honor is for overall academic excellence, or their progress in closing achievement gaps among student groups. 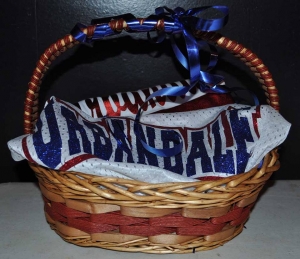 A state educational task force is recommending a new science exam for public schools.  The exam aligns with the new Next Generation Science Standards that will be taught in schools across the state.  The new standards will put more emphasis on analyzing data, instead of rote memorization.

The U-S Department of Health and Human Services is giving the Iowa Healthcare Collaborative up to 32-million dollars to be part of a plan to assist clinicians in Iowa and 5 other states. The program is funded for four years to provide support for doctors and healthcare professionals.

The deadline for the current six-year contract for Deere and Company workers expires tomorrow, and workers and management are still trying to hammer out a new deal.  The new agreement would cover 10-thousand workers in Iowa and Illinois, at a time when farm equipment sales have been slumping.

Shrinking the skills gap among Iowa workers and disabled residents is a goal of Governor Branstad’s administration. Branstad told members of the Association for People Supporting Employment that he is working to address that problem…especially among workers with disabilities. Branstad also touted Iowa’s high employment rate of disabled residents.

The Greater Des Moines Partnership is trying to attract more immigrants to central Iowa to boost the area’s workforce.  They’ve launched what they’re calling the Des Moines Immigration Initiative, which they hope will help make greater Des Moines a premier destination for foreign-born talent.  The partnership previously pushed for changes at the federal level that would expand visa programs for immigrants who come to the U-S for work.

Early cancer trials are giving NewLink Genetics in Ames good news: its drugs to fight melanoma and solid tumors seem to be working.  They’ve already passed the first stage in human trials. Dr. Charles Link says their goal is to continue to hit the appropriate milestones and advance the drugs into development.

Chow’s Booster Club will host nearly 250 gymnasts from around the Midwest at the ‘Flip for a Cure’ Rising Stars Invitational this weekend at AIB College of Business Activities Center. The two-day event will also serve as a fundraiser for Susan G. Komen for the Cure.

The assistant general manager for the Minnesota Wild is taking over as general manager of the Iowa Wild. Brent Flahr will also continue with his role in Minnesota.  Flahr replaces Jim Mill, who was released from the post after two disappointing seasons.