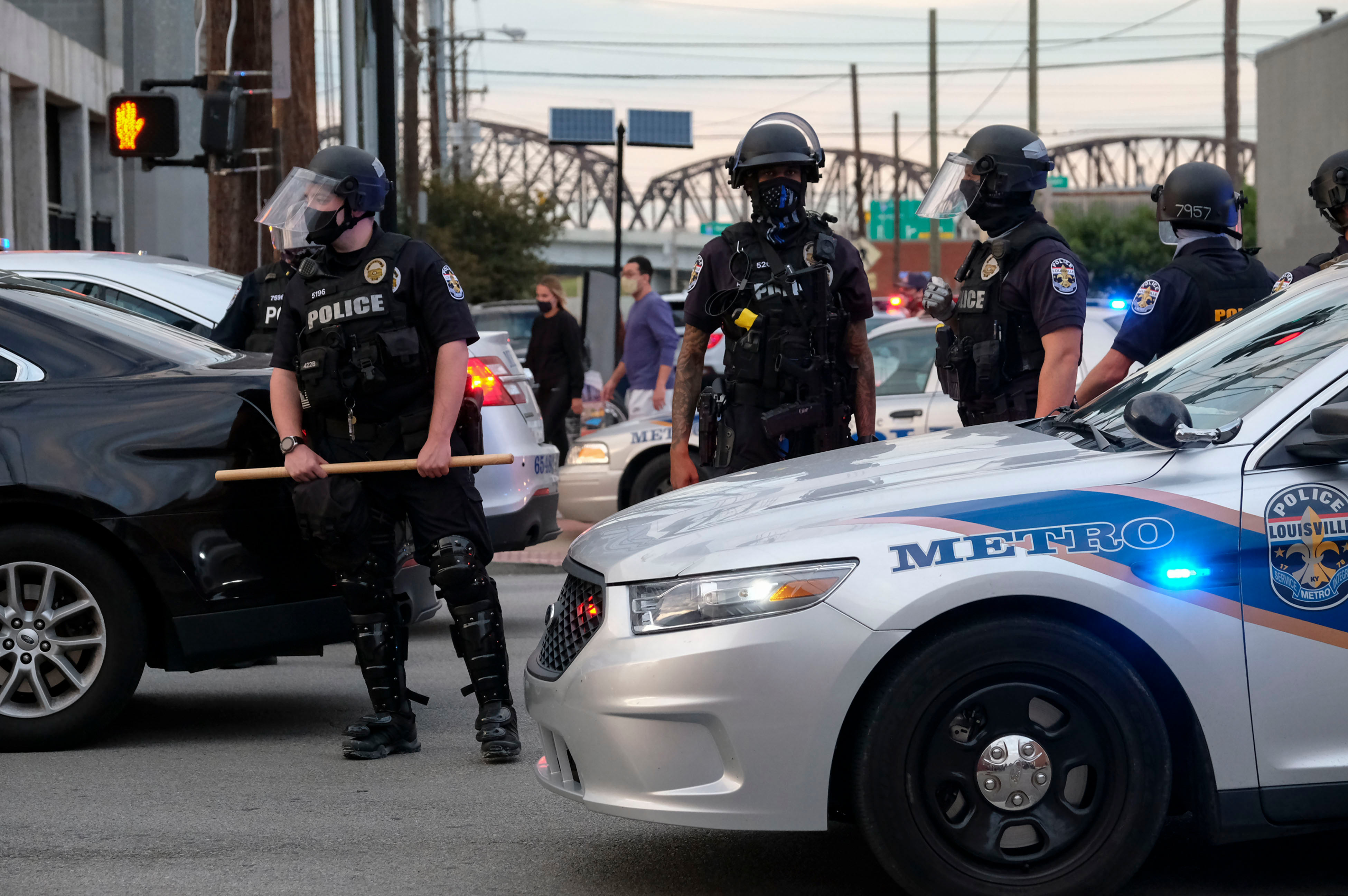 Kentucky state lawmakers have advanced a bill that would make it a crime to insult or taunt a law enforcement officer in a way that could provoke a violent response.

It’s one of several provisions included in a larger bill that seeks to increase penalties for crimes related to riots. A state Senate committee passed the bill last week.

Under the bill, a person who “accosts, insults, taunts, or challenges a law enforcement officer with offensive or derisive words, or by gestures or other physical contact, that would have a direct tendency to provoke a violent response” in a public place would be guilty of disorderly conduct in the second degree. The offense would be classified as a Class B misdemeanor, punishable by up to 90 days in jail and fines of up to $250.

That particular section of the bill includes language around “intent to cause public inconvenience, annoyance, or alarm” — an apparent reference to demonstrations in Louisville and other cities last year.

Danny Carroll, a Republican state senator and the bill’s lead sponsor, said during a hearing that he introduced the bill as a response to violence and vandalism seen in recent months, CNN affiliate WAVE reported.

“This is not about lawful protest in any way, shape, form or fashion,” he said. “This country was built on lawful protest and it’s something we must maintain — our citizens’ right to do so.”

Carroll continued, “What this deals with are those who cross the line and commit criminal acts. If you see the riots, you see people getting in these officers faces, yelling in their ears, doing anything they can to provoke a violent response.”

Democratic state Sen. David Yates was among those who opposed the bill, criticizing its language and arguing that law enforcement officers should be able to resist provocation if someone happens to be yelling at them.

“I think by us having that kind of language in here, it makes my stomach turn, because I don’t believe any of my good officers are going to provoke a violent response because someone does a ‘your mama’ joke or whatnot,” Yates said.

The American Civil Liberties Union of Kentucky called the proposal “an extreme bill to stifle dissent.”

The legislation also attempts to address calls to defund police, stating that “governmental entities responsible for the funding of the various law enforcement agencies shall maintain and improve their respective financial support to the Commonwealth’s law enforcement agencies.” Additionally, it would make anyone who “knowingly provides supplies to a riot that can be used as weapons or dangerous instruments” guilty of riot in the first degree.

The proposal comes about a year after Breonna Taylor was killed by Louisville police in an overnight drug raid. Her death sparked widespread demonstrations and calls for police reform both in Louisville and across the nation.