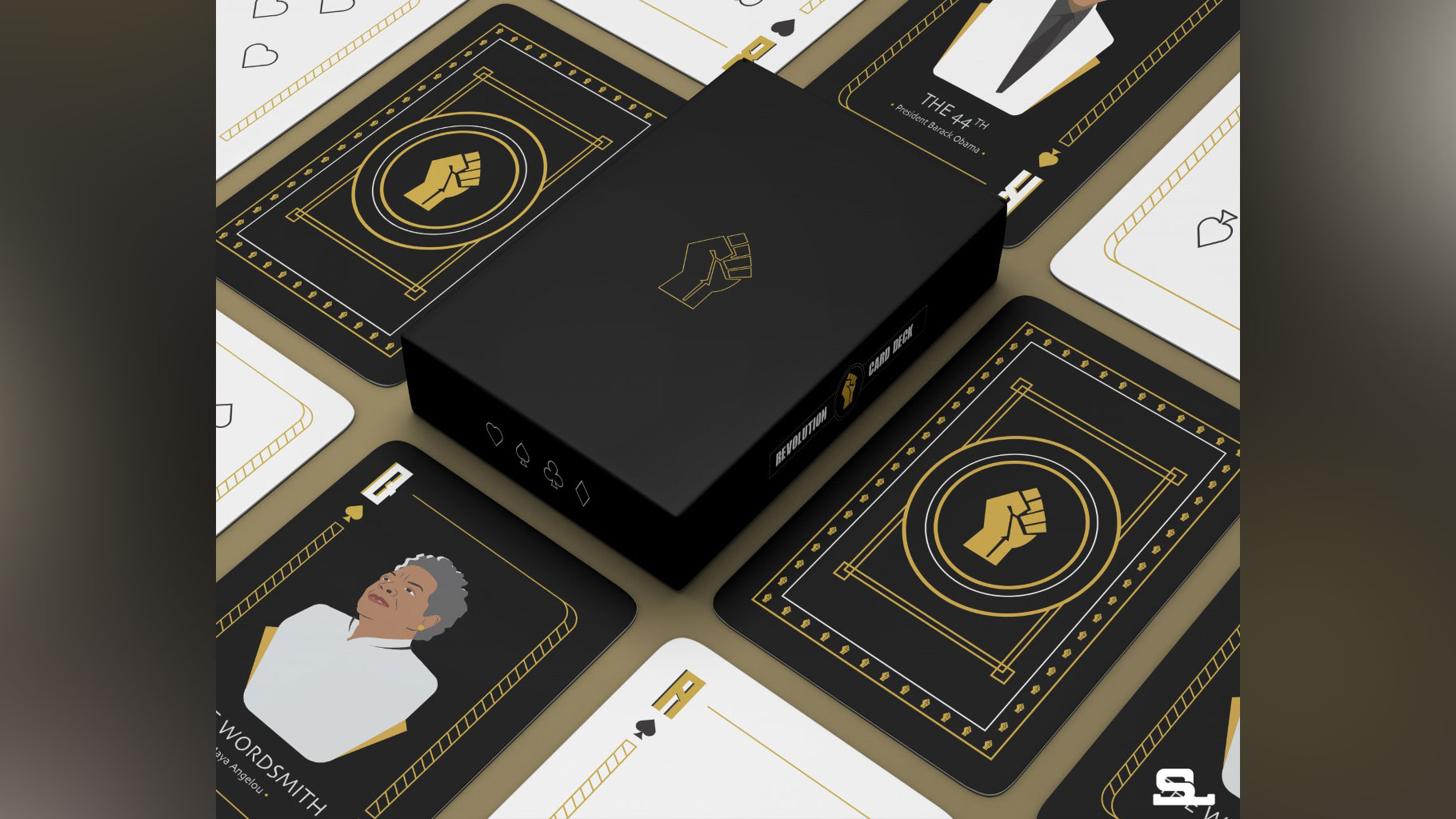 Kearra Johnson was in her senior year at the University of Missouri when she came up with the concept for what is now known as the Revolution Card Deck — a deck of playing cards featuring the names and faces of notable Black individuals.

Michelle Obama, Thurgood Marshall and Oprah Winfrey are just a few of the figures who appear in a set of cards.

“It’s dedicated to the dreamers — to all of the African American individuals before us who paved the way,” Johnson told CNN.

Despite praise from her peers, the Kansas City, Missouri-based graphic designer and founder of Studio Lo recalled being hesitant to take what was originally a class project and turn it into a physical product.

“I just hadn’t seen it done before,” Johnson said. “But I looked at an example from the class and I was like, ‘How would that look with a Black figure on it?'”

The 22-year-old illustrator recalled how she didn’t intend to take her design idea beyond the classroom. “That, literally, was where it was going to stay and I wasn’t going to push the product any more,” Johnson continued. That all changed when she got her first order request.

Last October, a professor at the University of Missouri came across the design on Johnson’s portfolio website. She was eager to buy a few decks as gifts for her graduate students; however, the cards didn’t actually exist.

“I didn’t want to tell her no,” Johnson recalled. “So I took that as an opportunity just to motivate me to go ahead and get them done.”

After fulfilling the professor’s five-deck order, Johnson pivoted her focus to the cards and began pushing the design.

“I’ve just been showing them to people who I think would be interested and just seeing how many eyes I can get on them,” Johnson explained. “And literally every person that I’ve shown has been excited about it — more excited than me sometimes.”

Johnson initially only printed 100 decks that she planned to sell on her own. However, curators at Made In KC, a company in Kansas City that sells locally designed products, suggested that she print more. “So then I went and got 500 more printed,” Johnson continued. The cards are now being sold in-store at all three Made in KC locations.

Starting important conversations about Black history and Black culture is something Johnson hopes can be achieved with the playing cards. She explained how the project is her creative passion mixed with an important topic.

“I think it’s always important to push [Black] culture forward,” Johnson said. “And there’s no better way to do that and than through creativity.”

Johnson currently works as an In House designer at Kanbe’s Markets, an organization that seeks to eliminate food deserts in Kansas City. Her creative skills, coupled with the idea that art can be used as a powerful tool for change, makes her job at the nonprofit even more enjoyable.

“Just being able to contribute my talents, and contribute to the bigger cause is super rewarding,” Johnson continued.

Looking back on her journey so far, Johnson explained how grateful she is to be surrounded by people who support her work and have her best interest in mind.

“I think a lot of times people kind of fear that people won’t respect or understand their idea,” Johnson said. “But, really, you just gotta be confident and people will see what you see.”