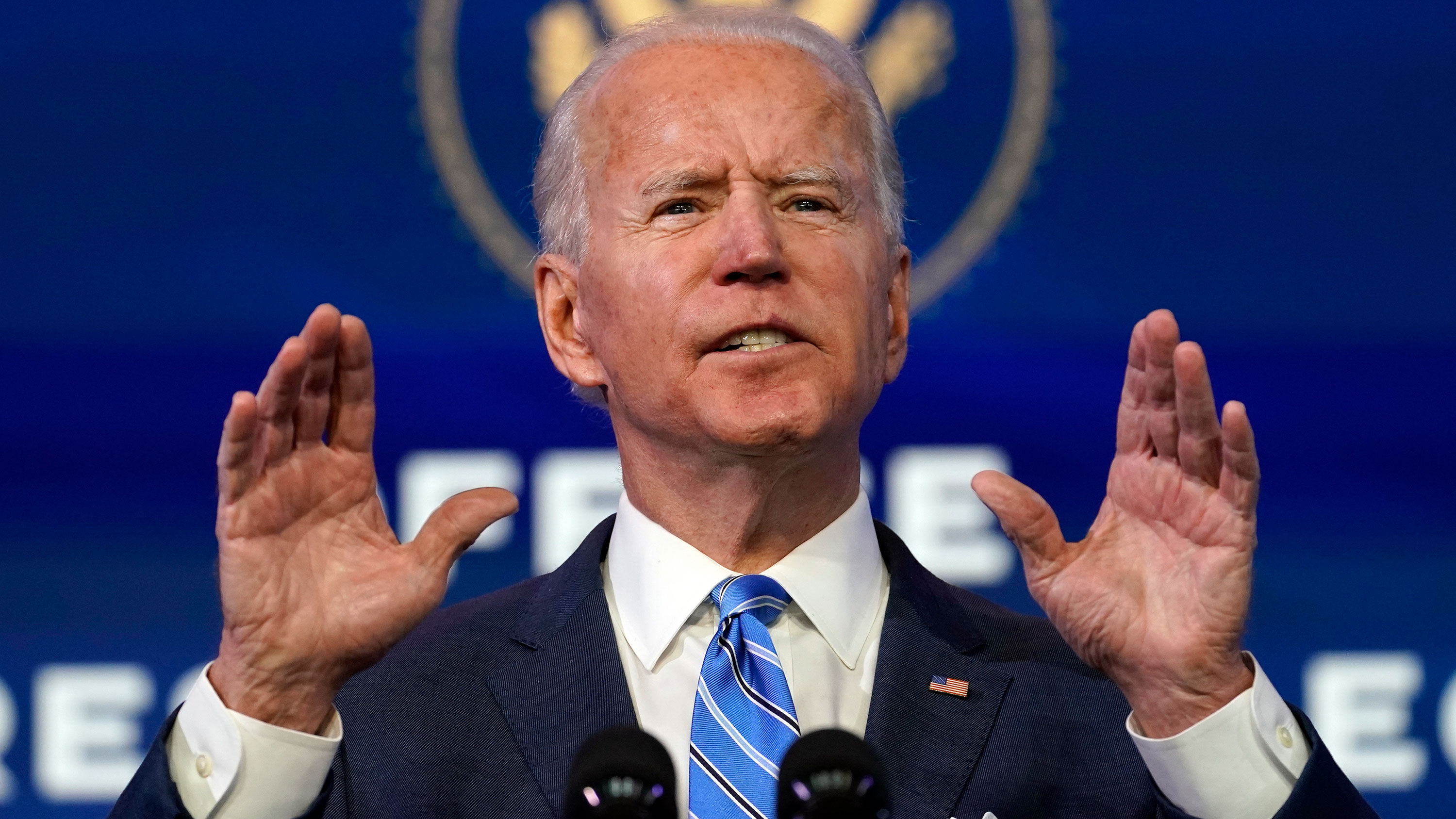 President Joe Biden called for racial justice and unity in America on Wednesday, acknowledging that the nation has been deeply divided by political forces and systemic racism.

Biden, in his inaugural speech, denounced both White supremacy and domestic terrorism and said the nation needs to be repaired and healed.

“A cry for racial justice, some 400 years in the making, moves us,” Biden said. “The dream of justice for all will be deferred no longer.”

The inauguration comes exactly two weeks after White rioters stormed the US Capitol in their refusal to accept former President Donald Trump’s loss. Biden also is assuming the presidency on the heels of Black Lives Matter protests last year that sparked a national reckoning on racism.

The frustrations on both sides of this political divide have been exacerbated by a Covid-19 pandemic that has killed people of color at higher rates and Trump’s attempts to undermine the integrity of the election.

Black leaders say they are counting on Biden to unify the country and enact policies that address the disparities Black people face in housing, education, jobs, health care and voter suppression.

They also want Biden to undo the harm caused by Trump with his offensive rhetoric toward people of color and refusal to address police brutality in the Black community.

“Racial equity requires more than individuals in positions. It requires a set of clear outcomes,” NAACP President Derrick Johnson told CNN. Biden “has an obligation to reverse what happened in the last four years. And it’s very doable.”

According to a CNN poll, 16% of Democrats believe that racial injustice is the most important problem facing the country right now while 65% say it is the coronavirus.

Conversely, only 1% of Republicans say racial injustice is the most important issue with 32% choosing political divisions, 30% the economy, and 25% coronavirus.

Some civil rights leaders say they are confident Biden will keep every promise he makes during his speech Wednesday.

Richard “Mouse” Smith, president of the Delaware NAACP and a lifelong friend of Biden’s, said Biden earned the trust of Black people in Wilmington, Delaware, when he was a New Castle County Councilor in the early 1970s who wasn’t afraid to go into the community and discuss their concerns.

“He brought love and respect and care for our community,” Smith said.

Wilmington’s Black community was pleased with Biden’s controversial Crime Bill of 1994 because it helped rid their neighborhoods of drugs, crime and slum houses, Smith said.

“He has the ability to heal the country if people want the country to be healed,” Smith said. “He can be a game changer and put evil and racism down.”

Maurice Mitchell, an organizer for the Movement for Black Lives, said Biden is indebted to Black voters because they turned out in droves to elect him.

“We think it’s clear that the folks who delivered the defeat of Donald Trump should be first when it comes to honoring the agenda,” Mitchell said. “The Biden and Harris administration have an opportunity to strike a new posture when it comes to the Black agenda as it relates to Black political power.”

Biden’s inauguration took place two days after the Martin Luther King Jr. holiday which honors the legacy of the civil rights icon who died in 1968.

King’s son, Martin Luther King III, told CNN on Monday that he believes Biden and his administration should lead the country in bringing people together, and address the Covid-19 pandemic, police brutality and misconduct as well as climate change.

“We’re going to see a new air brought in,” he said. “We will do better, we are much better than the behavior that we’ve seen exhibited over the last few days.”

Other Black activists also demanded a concrete plan from Biden.

The Rev. Michael W. Waters, a civil rights activist and author of “Something in the Water: A 21st Century Civil Rights Odyssey,” called for a “purposeful redirecting of resources” to uplift marginalized and oppressed communities.

“Millions of people still voted for Donald Trump and real threats exist to our vision of democracy,” Waters said. “Biden and Harris must embrace a radical platform of equity to redeem the soul of this nation.”