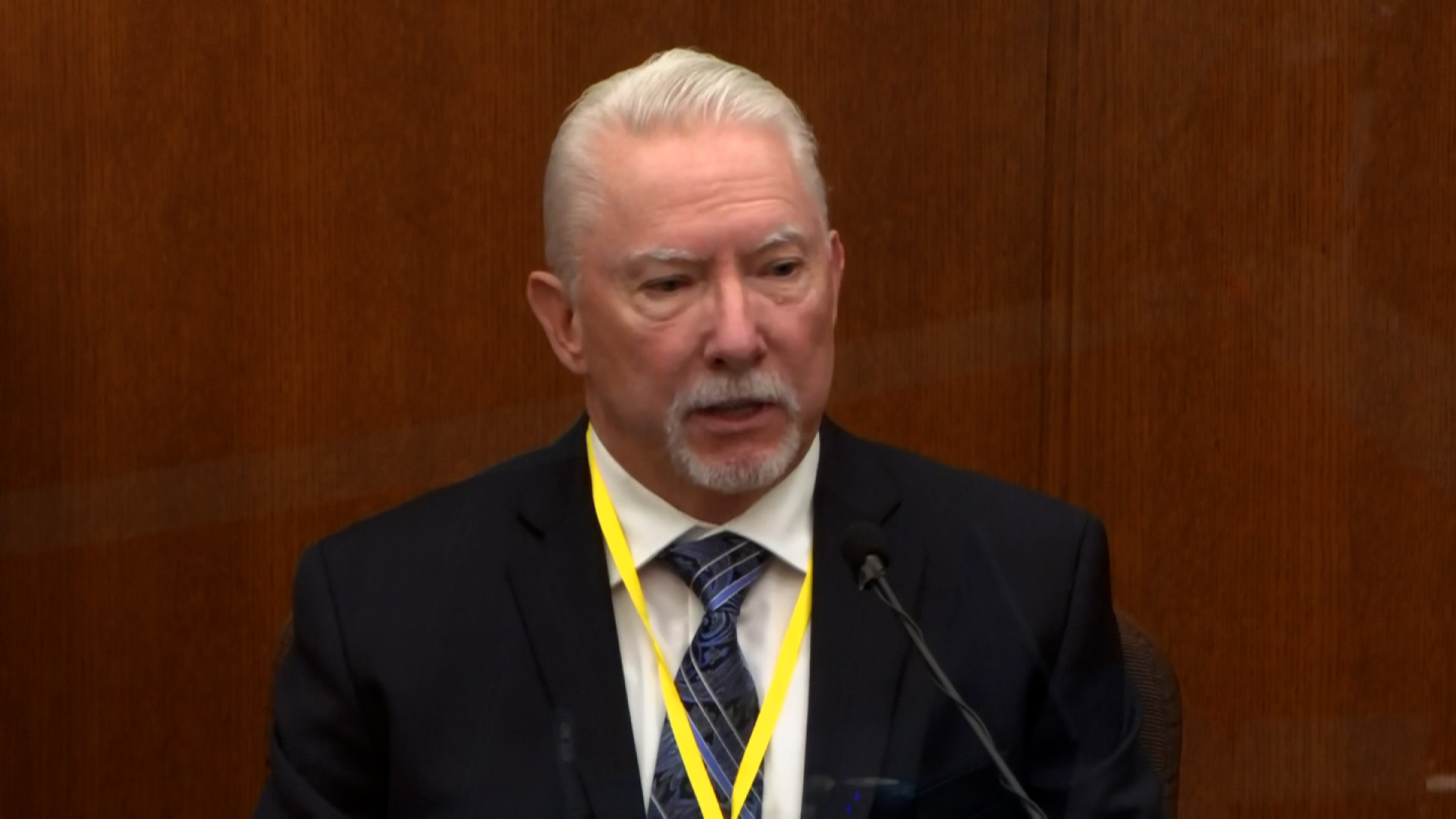 Maryland’s former chief medical examiner testified for Derek Chauvin’s defense on Wednesday that George Floyd died due to a sudden heart issue — not the police restraint.

Floyd had narrowed coronary arteries, known as atherosclerosis, and an enlarged heart due to his high blood pressure, or hypertension, Fowler said. He also said Floyd’s fentanyl and methamphetamine use, exposure to the police squad car’s vehicle exhaust, and a tumor known as a paraganglioma were other significant conditions that contributed to his death.

The testimony cuts at the prosecution’s argument, bolstered by five separate medical experts, that Floyd’s primary cause of death was Chauvin’s restraint of a handcuffed Floyd in the prone position — known as “positional asphyxia.” To get a guilty verdict, prosecutors have to prove that Chauvin’s actions were a “substantial causal factor” in Floyd’s death.

Hennepin County Medical Examiner Dr. Andrew Baker, who conducted Floyd’s autopsy, testified last week that the police restraint was the primary cause of death, and he listed Floyd’s heart disease and fentanyl use as other significant conditions. He described the paraganglioma as an “incidental” tumor that didn’t have anything to do with his death.

However, Dr. Jonathan Rich, a cardiologist who testified for the prosecution, said Floyd’s heart showed no evidence of injury at all.

Dr. Fowler’s analysis came after six other witnesses were called a day earlier, the defense’s first day of testimony. On Tuesday, a use-of-force expert said Chauvin’s actions were justified. The five other witness testimonies instead focused on Floyd’s drug use, including a prior arrest in May 2019, as well as the actions of bystanders who watched Floyd’s final moments.

Together, the witnesses furthered the defense’s three main arguments in the case: that Floyd died due to drug and health problems, that Chauvin’s use of force was ugly but appropriate, and that a hostile crowd of bystanders distracted Chauvin.

The prosecution rested its case Tuesday morning after calling 38 witnesses over 11 days. Prosecutors sought to prove that Chauvin used excessive and unreasonable force when he kneeled on Floyd’s neck and back for nine minutes and 29 seconds last May. Their case relied heavily on multiple videos of Chauvin’s actions, analysis by policing experts and medical testimony as to how Floyd died.

Chauvin, 45, has pleaded not guilty to second-degree unintentional murder, third-degree murder and second-degree manslaughter charges. The defense’s case is expected to last only a few days, and closing arguments are expected for Monday, Cahill said.

On Tuesday, a defense use-of-force expert said the former Minneapolis Police officer was justified in kneeling on Floyd for over nine minutes and did not use deadly force.

“I felt that Derek Chauvin was justified and was acting with objective reasonableness, following Minneapolis Police Department policy and current standards of law enforcement in his interactions with Mr. Floyd,” said Barry Brodd, a former police officer.

The crux of his argument was that he did not consider putting a handcuffed Floyd in the “prone control” position on the street to be a use of force because it does not cause pain. He even suggested that it was safer for the subject because if they get up and fall they might hurt their face.

On cross-examination, prosecutor Steve Schleicher showed Brodd a still image of Chauvin’s knee digging into Floyd’s neck and asked whether that position might cause pain. Brodd said it “could,” so Schleicher asked him if that means Chauvin’s action was a use of force.

“Shown in this picture, that could be a use of force,” Brodd said.

Much of Brodd’s testimony starkly contradicted the prosecution’s policing experts and Minneapolis Police Chief Medaria Arradondo, who said Chauvin’s actions were “in no way, shape or form” within department policy, training, ethics or values.

For one, Brodd said it didn’t matter that Floyd was already handcuffed because any person resisting should go to the ground in a prone control position. He said that officers didn’t flip Floyd on his side into the recovery position because there was limited space, traffic was passing by officers, and the crowd of bystanders distracted them — which he described as “relatively valid” reasons.

In cross-examination, he said he was not specifically aware of the Minneapolis Police Department’s definition of force, which defines force as a restraint that causes injury or pain. He also acknowledged that putting someone in the side recovery position is simple and quick.

At one point, Brodd said Floyd was resisting officers for a “couple minutes” after being taken to the ground. Prosecutors then played several video clips of Chauvin kneeling on Floyd, and Brodd admitted he wasn’t sure if Floyd was struggling with police or writhing on the ground.

At another part, Brodd said a slow-breathing, weakened Floyd was not acting as a compliant person would.

“A compliant person would have both their hands in the small of their back resting comfortably, versus he’s still moving around,” he said, a comment that took Schleicher aback.

Upon further questioning, Brodd conceded that a reasonable officer in Chauvin’s position would have known that Floyd had eventually stopped breathing, had no pulse and was not resisting. Chauvin did not change his position from on top of Floyd despite that knowledge, Brodd testified.

To begin its case Tuesday morning, the defense played police body-camera footage of Floyd’s May 2019 arrest.

The footage showed the officer pulling his service weapon and yelling at Floyd, who was sitting in a vehicle, to follow commands. After he was handcuffed and taken for medical treatment, he told a paramedic he had been taking percocet pills as police walked up to the car.

Floyd was taken to the hospital and not jail that day. A CNN search through Hennepin County District Court records ​shows that he was not charged in relation ​to the 2019 arrest.

The testimony was, at least ostensibly, part of the defense’s argument that Floyd died of drug and health problems rather than due to Chauvin’s actions. The defense also suggested in pre-trial hearings that Floyd’s behavior that day and last May should be interpreted as his modus operandi when police approach him.

However, Judge Cahill did not allow the defense to make that argument explicitly and allowed limited evidence of the incident solely to show the physical effect of opioid drugs on Floyd.

“This evidence is not to be used as evidence of the character of George Floyd,” Cahill told the jury.

Also on Tuesday, the fifth officer at the Cup Foods scene testified that he was concerned for the officers’ safety due to the crowd of bystanders. A medical support coordinator testified about the signs of excited delirium, and a passenger in Floyd’s vehicle, Shawanda Hill, said he was sleepy and difficult to waken.

Morries Hall, another passenger in the vehicle that day, will not testify in the trial after he said he would invoke his Fifth Amendment right, Judge Cahill ruled Wednesday morning.