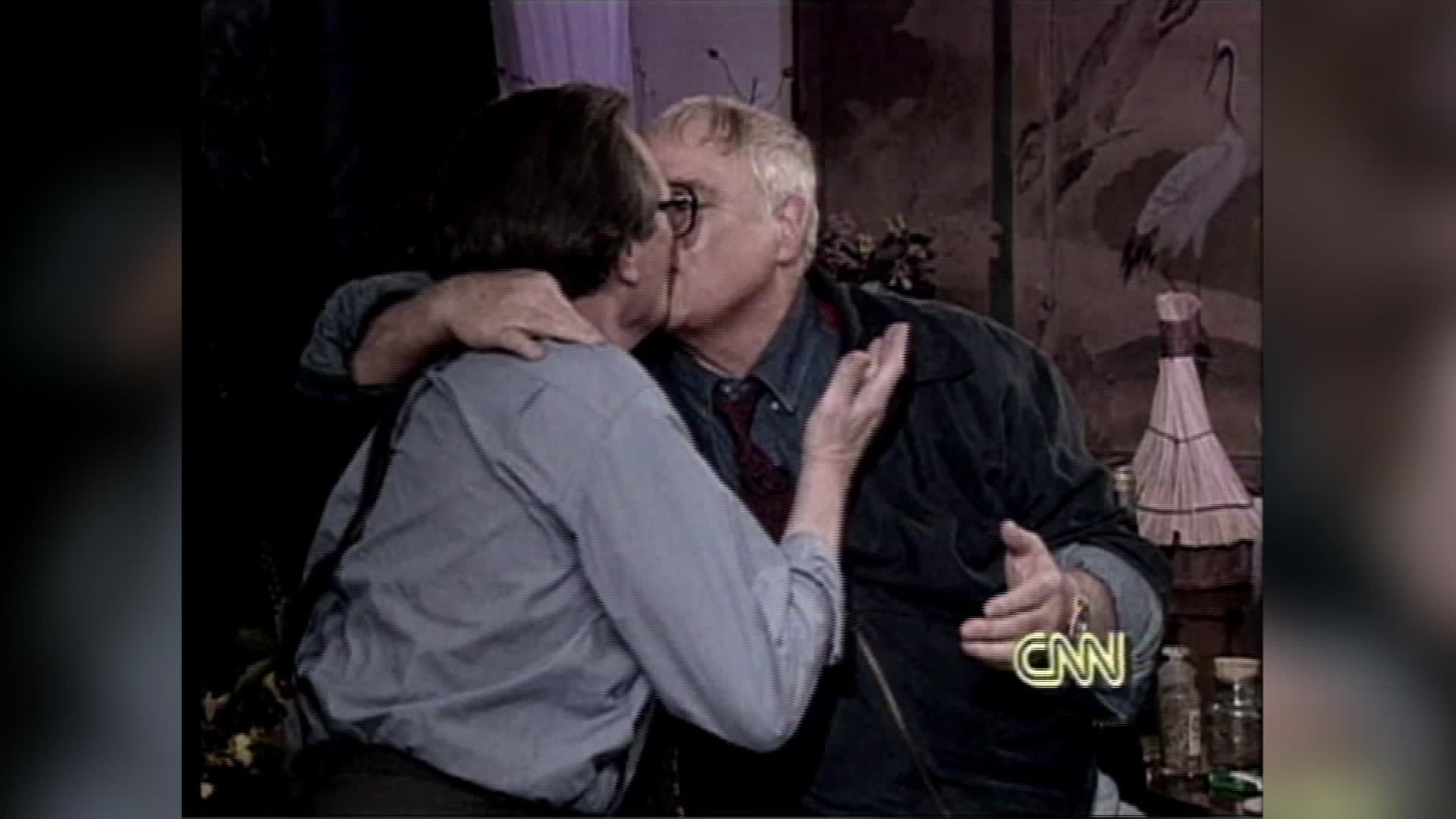 Larry King over the years interviewed thousands — heads of state, movie stars, world class athletes, ordinary people — but one of his most memorable on-air conversations ended with Marlon Brando kissing him on the lips.

The 87-year-old iconic broadcaster died at Cedars-Sinai Medical Center in Los Angeles, according to a statement posted Saturday on his verified Facebook account.

King hosted “Larry King Live” on CNN for 25 years — conducting more than 30,000 interviews, including the long, wide-ranging and at times bizarre 1994 conversation live from the home of Brando, the two-time Oscar winner.

Brando, who did not grant many interviews, was promoting his book, “Songs My Mother Taught Me.”

The interview famously ended with the two men singing “Got a Date with an Angel” and Brando giving King a peck on the lips.

Wendy Walker, then the show’s executive producer, lightheartedly recalled the moment on Saturday.

“The only time I ever got in trouble in my 32 years at CNN was when we were doing the interview with Marlon Brando,” she said. “And we were doing it from his house because at that time he was a recluse and … that was the only way he would do it.”

At the end of the 90-minute conversation, Walker said, King and Brando clearly were having a blast.

“They kissed on the set — which of course you remember that famous kiss. Well, I thought, ‘Oh my God this is such a TV iconic moment.’ Well … our lovely, loving boss that we love so much, Tom Johnson, called me and said, ‘Why did you let them kiss?’ ” she said, referring to Tom Johnson, CNN’s president at the time.

“And I said, ‘I guess I forgot … to tell them that if they were having a really good time that they shouldn’t kiss at the end of the show.'”

Johnson smiled as he recalled the Brando interview on CNN Saturday. “Larry King Live” was the only CNN show that reported directly to the network president.

“It wasn’t just a light kiss. It was a full frontal kiss of the two of them,” he said.

Such an event on television was a rarity: That same year two men on MTV’s “The Real World: San Francisco” kissed at the first ever commitment ceremony broadcast on U.S. television.

“And I just sat there … ready to get under the desk. I received a lot of calls from time to time but I knew that I would have them then — as I did. But my call to Wendy … it really was, ‘Wendy, Why? Why did you let that happen?’ “