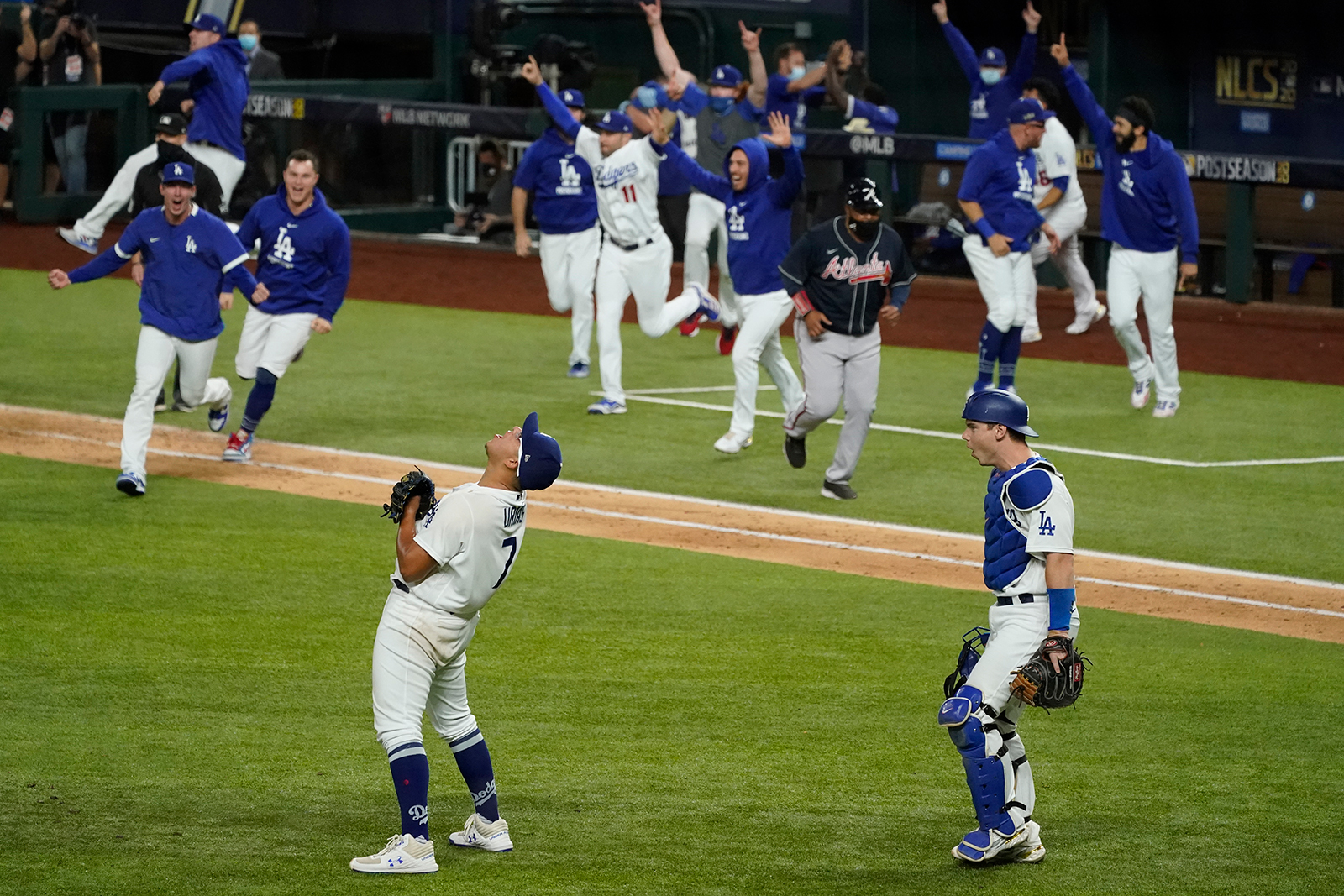 The Los Angeles Dodgers are headed to the World Series.

The Dodgers beat the Atlanta Braves 4-3 in a pivotal Game 7 of the National League Championship series Sunday.

The team will now go head-to-head with the Tampa Bay Rays when the World Series starts Tuesday in in Arlington, Texas, at the newly-opened Globe Life Field.

This is Tampa Bay’s second World Series appearance in franchise history, with the other coming in 2008.