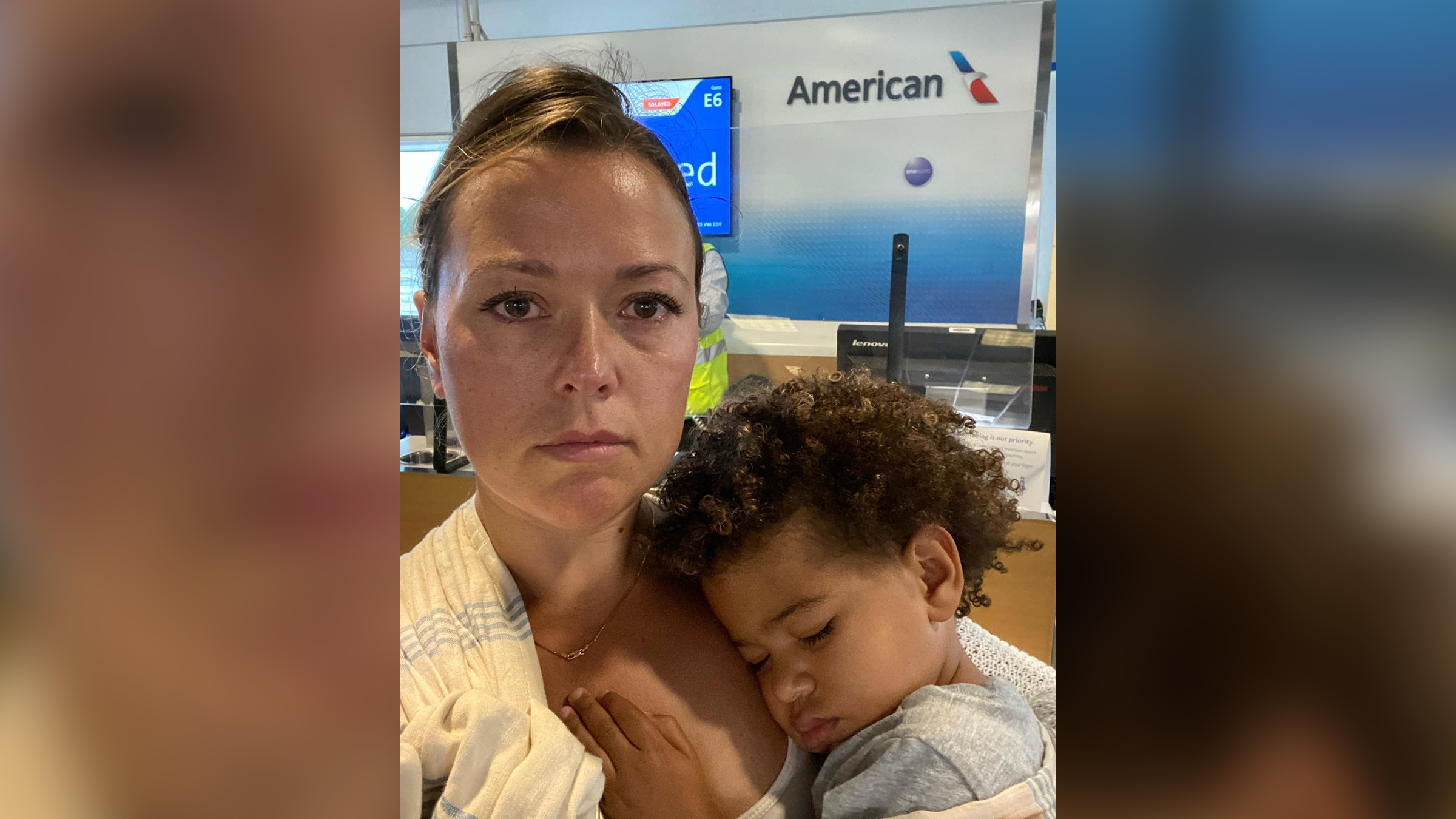 Rachel Starr Davis, a single mother of a 2-year-old, is urging the airline industry to revise their face mask policies after she was kicked off a flight because her son refused to wear a face covering.

Davis, her mother and her son were on the final leg home from a business trip in Florida on an American Airlines flight September 17 after Hurricane Sally forced the cancellation of their original flights back to New Hampshire, Davis told CNN.

Despite her repeated efforts to get her son to wear a face mask, Davis said, he wouldn’t keep it on his face.

“It gets to the point where I’m crying so hard, I’m hysterical, I can’t even get a deep breath because my mask kept sucking into my mouth,” she said. “And then I’m shaking holding this piece of cloth to my son’s face so that we can take off and they (flight crew) were standing over me in the aisle saying they had to watch me repeatedly put the mask on him.”

As she went to her seat toward the back of the plane, Davis said, a flight attendant asked whether she had a ticket for her son and said he, too, needed to wear a mask.

Davis admits she wasn’t aware of American Airlines’ policy that required her son to wear a face mask aboard their planes. On previous flights, she said, crew members did not ask that her son wear one.

“To ensure the safety of our customers and team, American Airlines requires all persons 2 years and older to wear an appropriate face covering throughout the entirety of their journey,” American Airlines told CNN in a statement.

“Policies are enforced and approved face coverings are made available at key points throughout the customer journey. We’ve reached out to the family to learn more about their recent travel experience and to address their concerns.”

Davis said she tried to work with her son, showing him a few different masks and trying to get him to keep it on his face, but he wasn’t having it.

At one point, Davis said, a man seated next to her even tried to encourage her son to wear a mask but didn’t have any luck.

“I was so desperate to get home, I was exhausted,” Davis said. “My mom and I had not slept much and we just needed to get home, and they’re telling me if you don’t get him to comply we’re going to take you off the plane.”

Eventually everyone was told to deplane. Davis said she, her mother and her son were not allowed to get back on, and neither was the man who had tried to help her son wear a mask. Davis said they were deemed non-compliant with the airline’s face mask policy.

According to Davis, a video is making rounds on social media showing the heated exchange between her and an American Airlines gate manager discussing the mask policy and being told the airline would be booking them on a later flight.

Davis, her mother and her son were put on an American Airlines flight later that day. Davis said her son was not asked by the flight crew to wear a face mask during that trip.

In August, the World Health Organization and UNICEF said children 5 and younger should not be made to wear masks during the coronavirus pandemic.

The guidance from WHO and UNICEF contradicts guidance currently in place from the US Centers for Disease Control and Prevention (CDC), which suggests children 2 and older should wear a mask.

American Airlines and other major airlines have created policies in accordance with the CDC’s guidance.

On September 13, Southwest Airlines removed a mother and her 2-year-old son from their flight to Chicago because her son was eating gummy bears with his face mask under his chin as the flight pushed back from the gate and began to taxi. In August, the same airline removed a passenger in Texas and her 3-year-old son from a flight after the boy, who has autism, refused to wear a face mask and became upset.

Canadian airline WestJet canceled a flight September 8 just before takeoff, saying a family refused to comply with “multiple requests” to make their 19-month-old child wear a face mask. Canadian transportation department policy does not require children younger than 2 to wear one.