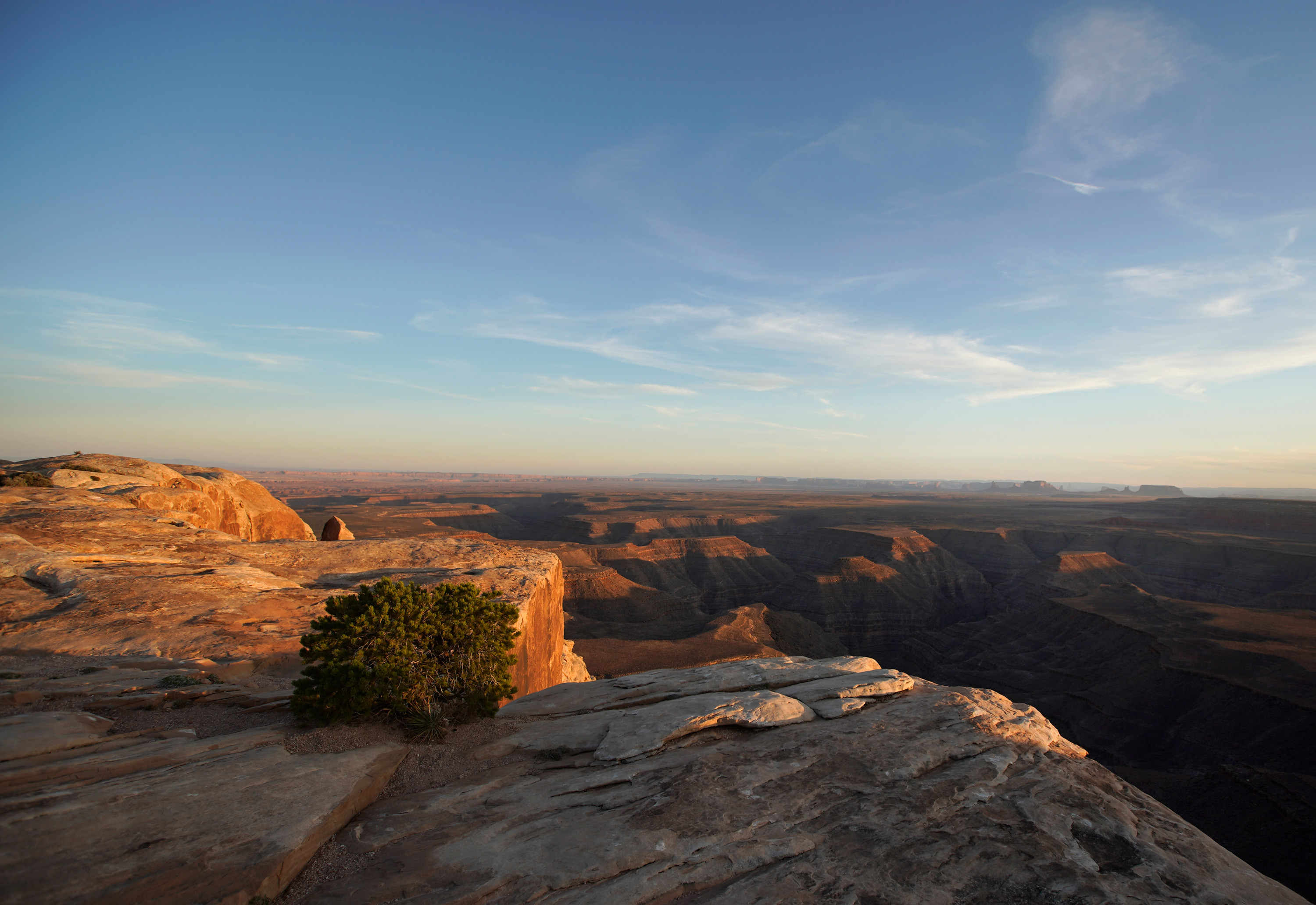 More than three years after the Bears Ears National Monument in Utah was drastically shrunk in size, tribal leaders and activists are hopeful that Secretary of Interior Deb Haaland would soon recommend its restoration.

Haaland is visiting the Utah monument on her first trip as the new interior secretary this week. She arrived on Wednesday for three days of meetings and hikes in the sprawling region rich in red rock canyons, cliff dwellings and numerous archeological sites.

President Joe Biden has ordered a review of the monument’s boundaries after former President Donald Trump ordered them reduced by roughly 85% in 2017.

Five tribes, including the Navajo, that trace their lineage to this region have fought for years to protect a land they consider sacred and for a chance to have a voice in how their ancestral homelands are managed.

On Wednesday, Navajo Nation President Jonathan Nez and other tribal leaders met with Haaland in Bluff, Utah. Nez said he supports the restoration of the monument’s original boundaries and the potential expansion to 1.9 million acres.

“This was an opportunity to share with Secretary Haaland the significance of Bears Ears to the Navajo people,” Nez said in his statement. “This landscape is home to many historical and cultural sites, plants, water, traditional medicines, and teachings for our people. It also provided refuge for our people in times of conflict.”

“Bears Ears is sacred and it deserves to be protected,” Nez added.

Patrick Gonzales-Rogers, executive director of the Bears Ears Inter-Tribal Coalition, a group formed in 2015 by the tribes to advocate for the monument, said they are “allowing the process to unfold.” But he also acknowledged Haaland “has created more action in the last 30 days and brought more people to the table” than in the past three years.

Haaland has met with state leaders, including Utah Gov. Spencer Cox, and the nonprofit group Friends of Cedar Mesa, which runs a visitors center for the monument and its volunteers have built fences to keep animals out of some archeological sites. The Secretary also visited an area of ancient petroglyphs that was part of the original monument’s boundaries.

Cox and other state leaders have previously expressed their opposition to Biden’s order to review the monuments boundaries, arguing that many “land management actions have often been done to us rather than with us.”

Bluff Mayor Ann K. Leppanen, who is part of a coalition of local officials supporting the restoration, said many residents are eager to see the monuments restored.

“Every day that goes by leaves these resources at risk. We need to see protection of these local and national treasures as soon as possible,” Leppanen said in a statement.

A yearslong effort for stewardship

The mesas, cliffs and canyons in the 1.3 million acres of Bears Ears have been inhabited for tens of thousand of years, archeologists say. Some of its history has been written in sandstone walls and its hills provide healing for tribal members.

At different time periods, Bears Ears has been home to the Navajo Nation, the Hopi Tribe, the Ute Mountain Ute Tribe, the Pueblo of Zuni and the Ute Indian Tribe. Each tribe has ancestral ties to Bears Ears that date back to time immemorial.

At least 10 years have passed since Native leaders in San Juan County — where the monument is located — began looking into a way to protect the land. They didn’t want to be merely observers while others debated the management of public lands. About 47% of the population in San Juan County is Native American, according to US Census estimates.

In 2016, former president Barack Obama used the Antiquities Act to designate Bears Ears as a national monument, noting that members of Congress, Secretaries of the Interior, state and tribal leaders, and local conservationists had proposed protections for at least 80 years.

Nearly a year after, Trump decided to split the monument into two separate units that comprised approximately 201,876 acres. The new boundaries made a significant portion of Bears Ears vulnerable to the drilling industry and threatened by irresponsible tourism.