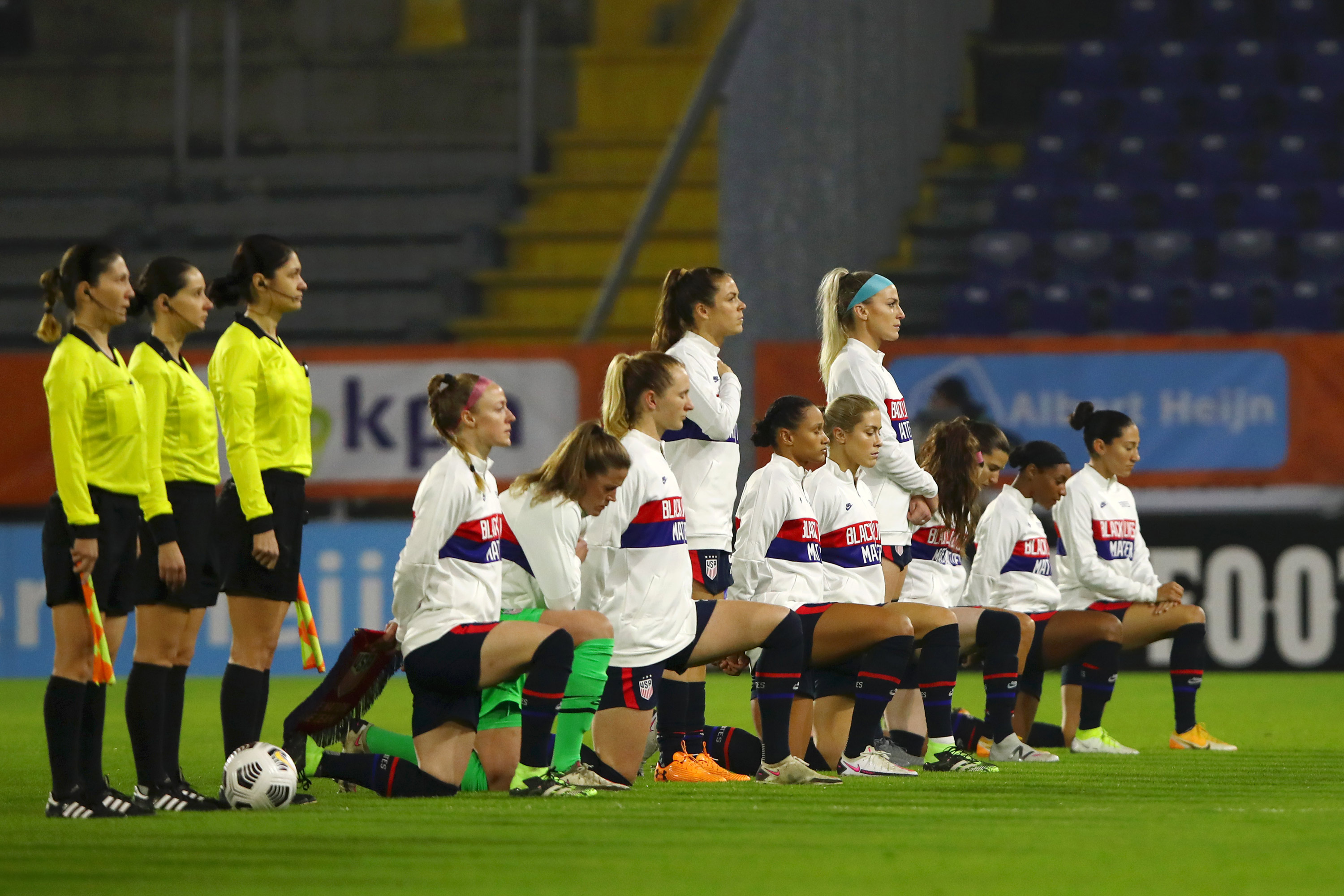 As the United States women’s national soccer team (USWNT) geared up to face the Netherlands in a friendly on Friday, their anthem jackets were emboldened with a message: Black Lives Matter.

“We wear Black Lives Matter to affirm human decency,” members of the team said in a statement posted on social media ahead of the game. “We protest against racial injustice and police brutality against Black people. We protest against the racist infrastructures that do not provide equal opportunity for Black and brown people to fulfill their dreams, including playing on this team.”

Multiple members of the team also took a knee during the National Anthem ahead of the game, a rematch of last year’s Women’s World Cup Final which USWNT won 2-0.

Though individual players have been outspoken about social justice in the past — most notably Megan Rapinoe, who was one of the first athletes to take a knee in solidarity with Colin Kaepernick’s police brutality protest in 2016 — the US Soccer Federation hasn’t always been on their side.

For example, when Rapinoe took the knee in 2016 during the National Anthem, US Soccer immediately passed a policy banning players from kneeling during the anthem. That policy was only just repealed this summer, in the midst of mass protests following the deaths of Breonna Taylor, Ahmaud Arbery and George Floyd.

Throughout the summer, many teams and leagues in the US have shown support for the movement with symbols. Both the NBA and the WNBA wore messages on their jerseys for every game, and the WNBA went out of their way to dedicate their season to Breonna Taylor.

And earlier this month, the United States men’s national soccer team stepped out with messages like “World Peace” and “Unity” on their anthem jackets.

This isn’t the first time the USWNT as a team have issued powerful displays for justice. Earlier this year — after US Soccer claimed it wouldn’t pay the women’s team equally, reasoning that being a male player requires more skill and responsibility — the USWNT wore their warm-up jerseys inside out, hiding the US Soccer crest.