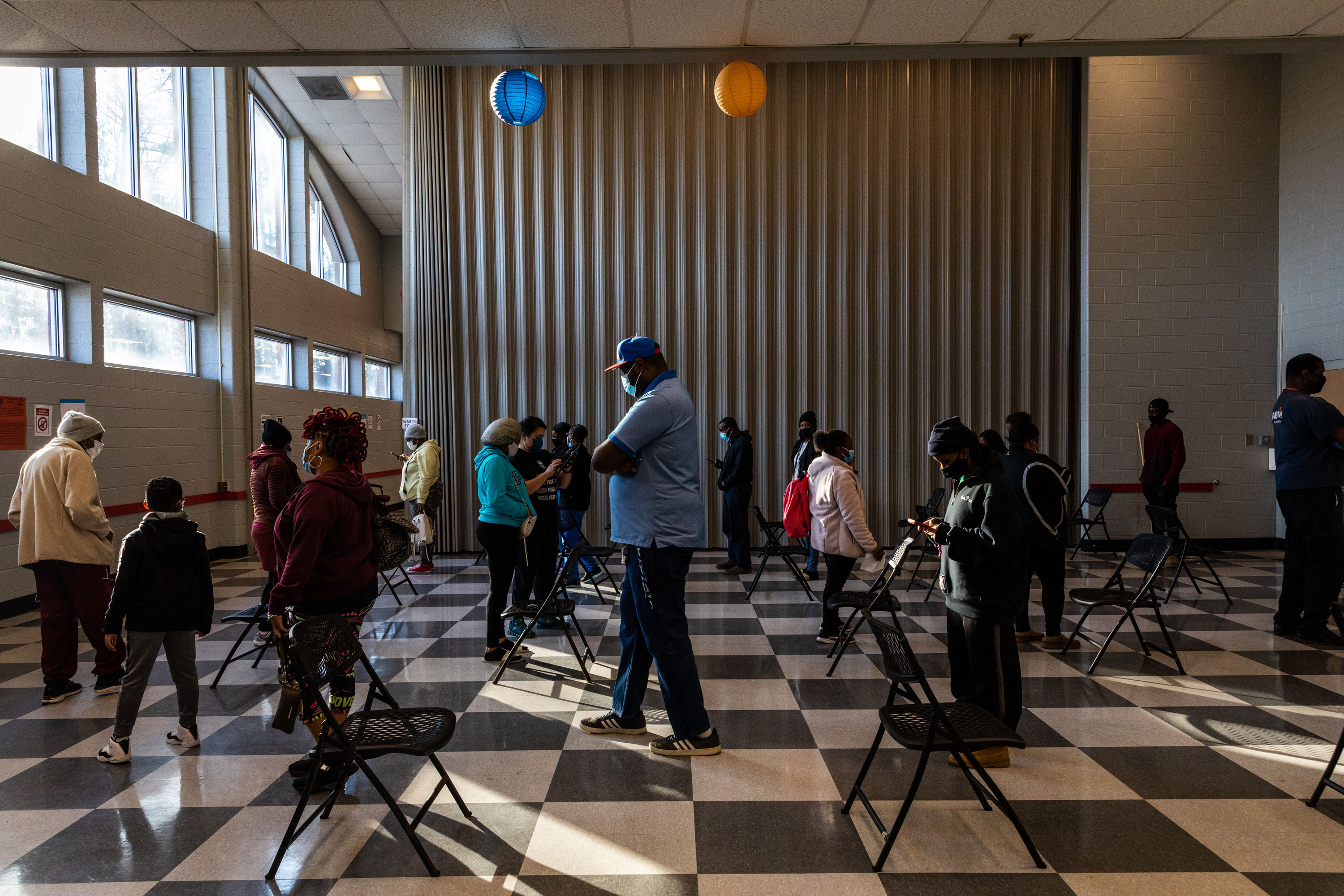 Ahead of Wednesday’s transition of power, Black voters in Atlanta say they are feeling more represented and are hopeful for the future despite the divisiveness the country has experienced over the last four years.

They have been bolstered by their success in helping President-elect Joe Biden win in Georgia on Election Day and by changing the state’s representation in the US Senate in the two runoff elections, races in which Black voters played a crucial role.

For the first time, Georgia has a Black senator, Raphael Warnock, who along with fellow Democrat Jon Ossoff defeated Republican candidates Sens. Kelly Loeffler and David Perdue in the January 5 showdown that determined control of the US Senate.

“I have two young sons and just to see people in office that looked like me gives me hope for the future, the future for them,” Tagan Lovett told CNN.

Lovett and her friends, Tierra Carter and Lisan Douglas, said they are excited and hopeful that the outcome of these elections will help change the US for the better.

Douglas said she’s ready to see action from lawmakers and officials. “We’ve heard it all the talk. We’ve heard all the speeches,” she said. “Let’s see the action what’s going to happen. Let’s get it done.”

In the face of political divisions that have rocked the country — and which hit their nadir during the January 6 storming of the Capitol by supporters of President Donald Trump — these voters think the new faces can help the US turn a new chapter.

“My hope is that we can all come together as a nation. Like we’re all, again, Americans, we’re all living in America and we need to like, just come together,” Lovett said. “This isn’t gonna work with just this division. It’s just not. And I I’m just hopeful.”

‘A sense of relief’ after Atlanta helps turn the vote

Kevin Scandrett, a self-proclaimed ATLien from Atlanta’s West Side, was impressed by the campaign to encourage voting in the state.

“To have the state of Georgia and the city of Atlanta be so pivotal in the presidential election, it’s really, really heartwarming,” Scandrett told CNN.

He’s hopeful that Biden will keep his promises and help guide the country away from divisiveness.

“It’s a sense of relief, so much going on, all these last four years. I mean a whole lot of racial tension,” Scandrett said. “It’s just a good thing that we can finally move forward as a society.”

She said she couldn’t believe what happened on January 6, when a mob of people overtook the US Capitol, sending politicians into hiding and disrupting the formal presidential vote verification.

“I thought it was another country. I couldn’t believe that our country was actually fighting each other,” she said, choking up. “We got to call the National Guard to protect us.”

James shares her sons’ hope for a better, less divided future with Biden at the helm following his inauguration on Wednesday.

“I feel very hopeful. Not just because of Joe Biden, but because I know that he has the whole world in his hand. So, we are going to be all right. We’re going to be good.”

In Atlanta, Black radio remains an important grapevine for voters and the V103 station has kept listeners engaged in the city’s trending topics.

Host Big Tigger entertains commuters with his popular radio show, and in 2020, it not only provided entertainment and witty banter, but also political discourse and a platform to reach voters.

“We had Vice President-elect Joe Biden. We had Jon Ossoff. We had Senator Warnock. I love saying Senator Warnock, we had, Kamala Harris. She called on my birthday, which was awesome. Wish me happy birthday. Uh, we had Stacy Abrams,” Big Tigg said.

When Georgia flipped the two Senate seats, Big Tigg and his co-hosts Ms. Basketball and Tylerchronicles, whose real name is Troy Fluker, fielded call after call of excitement and optimism.

“People were so happy because after having so many bad things happen in 2020, it was like a sigh of relief. Like, yes, something’s finally going our way,” said Christina Granville, AKA Ms. Basketball.

“It felt a lot more hopeful before what happened at the Capitol,” Big Tigg, whose real name is Darian Morgan, told CNN. “But at the same time, lots of people are hopeful that, OK, now maybe we can get on a better path. We know it’s not gonna all get fixed immediately…We know we have a lot of work still to do, but at least maybe we have the right people that are in our corner that reflect our interests.”

Isaac Lee Hayes III, the son of the late soul musician and actor Isaac Hayes, is a record producer and content creator who believes Atlanta and Georgia have helped spark a new movement in the South.

“It was completely critical because there’s so much on the line, especially with healthcare, $15 minimum wage, this pandemic, you know, assistance to people that need it.”

Hayes said Black voters in the South have for years been ignored and overlooked. He thinks the high voter turnout, especially among the state’s Black residents is a positive step.

“We showed up heavy, you know what I’m saying? We let our voice be heard. And I think voting is becoming part of our culture. … Georgia came through with flying colors.”

The record turnout of voters in the Peach State signified hope is on the horizon for many. This was echoed over and over again by Black voters from around the city.

“My hope is that we can all come together as a nation,” Kevin Taylor told CNN. “I’m hoping for more peace, more coming together, more love.”