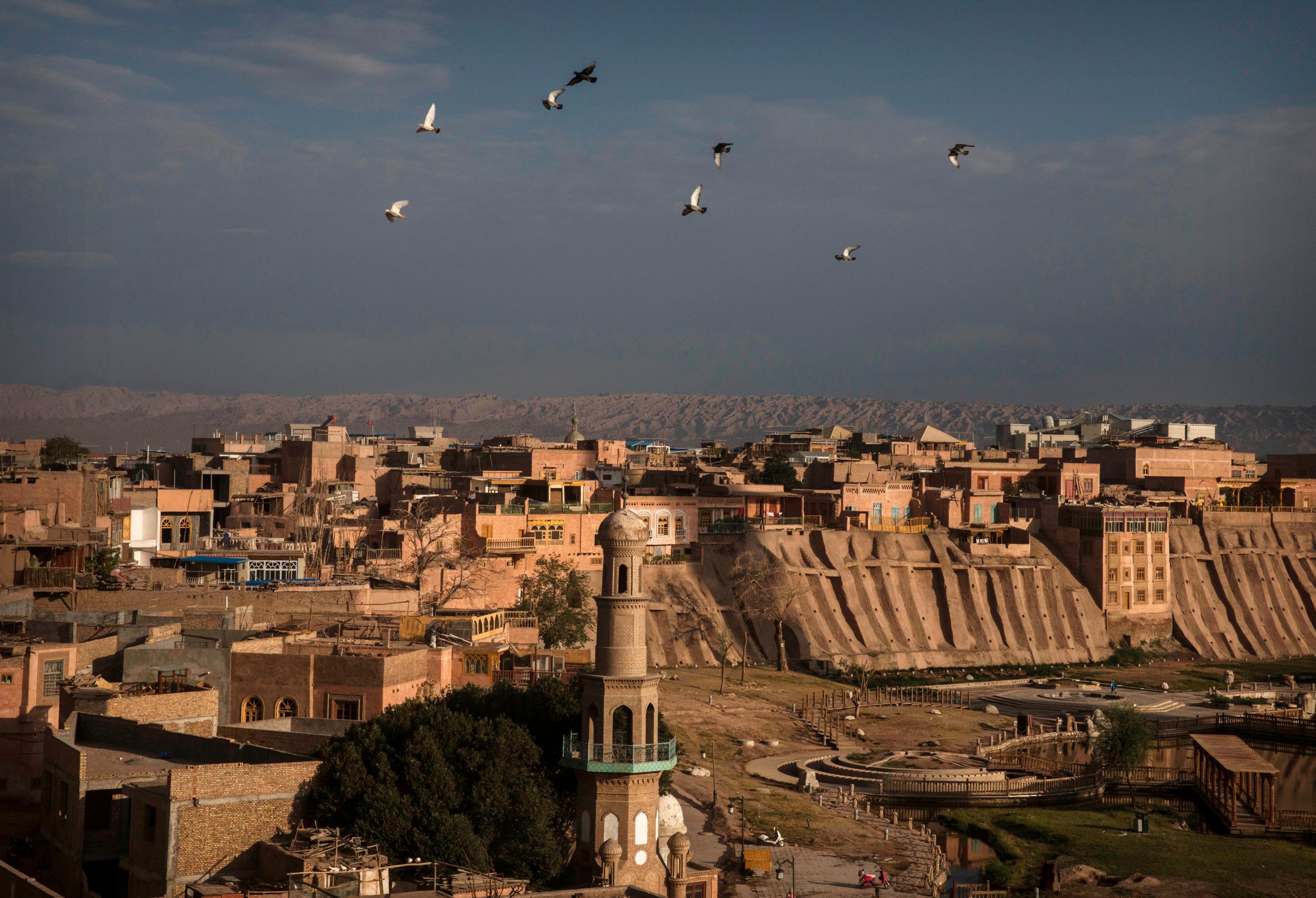 The US has officially determined that China is committing genocide and crimes against humanity against Uyghur Muslims and ethnic and religious minority groups who live in the northwestern region of Xinjiang.

“This genocide is ongoing, and…we are witnessing the systematic attempt to destroy Uyghurs by the Chinese party-state,” US Secretary of State Mike Pompeo said in a statement Tuesday, on the last full day of the Trump administration.

“Since at least March 2017, local authorities dramatically escalated their decades-long campaign of repression against Uyghur Muslims and members of other ethnic and religious minority groups, including ethnic Kazakhs and ethnic Kyrgyz,” Pompeo said.

The US State Department has previously estimated that up to two million Uyghurs, as well as members of other Muslim minority groups, have been detained in a sprawling network of internment camps in the region.

Former reeducation camp detainees have told CNN they experienced political indoctrination and abuse inside the camps, such as food and sleep deprivation and forced injections. CNN reporting has also found that some Uyghur women were forced to use birth control and undergo sterilization as part of a deliberate attempt to push down birth rates among minorities in Xinjiang.

China denies allegations of such human rights abuses in Xinjiang. It has insisted that its reeducation camps are necessary for preventing religious extremism and terrorism in the area, which is home to about 11 million Uyghurs, a predominantly Muslim ethnic minority that speak a language closely related to Turkish and have their own distinct culture.

Op-eds and reports in Chinese state-controlled media have also specifically argued against applying the term “genocide” to the situation.

Washington-based advocacy group, Campaign for Uyghurs, welcomed the designation as a step toward justice.

“This declaration doesn’t immediately change anything, but as any victim will tell you, having the eyes of the world community see us, and acknowledge that our horror is real, means everything,” said CFU director Rushan Abbas in a statement Tuesday.

“My own sister’s 20 year prison sentence on false charges is clearly linked to this genocidal intent by the Chinese regime. She, and all Uyghurs, deserve justice,” she added.

Concern over human rights issues in Xinjiang is a bipartisan issue in the US. However, the announcement in the final hours of the Trump administration could further complicate the incoming Biden administration’s approach to and dealings with Beijing.

The president-elect has spoken out about China’s human rights abuses and in November 2019 called the mass internment of Uighur Muslims “among the worst abuses of human rights in the world today.”

“The US cannot be silent — we must speak out against this oppression and relentlessly defend human rights around the world,” Biden tweeted. In a statement to Politico in August, Biden campaign spokesperson Andrew Bates labeled the crimes genocide.

“If the Trump administration does indeed choose to call this out for what it is, as Joe Biden already did, the pressing question is what will Donald Trump do to take action. He must also apologize for condoning this horrifying treatment of Uighurs,” Bates said — apparently referring to a claim by former national security advisor John Bolton that Trump previously encouraged Chinese President Xi Jinping to continue building detainment camps in Xinjiang.

In his statement Tuesday, Pompeo said he had “directed the US Department of State to continue to investigate and collect relevant information regarding the ongoing atrocities occurring in Xinjiang, and to make this evidence available to appropriate authorities and the international community to the extent allowable by law.”

The treatment of Uyghurs and other minorities in Xinjiang has been widely condemned by the international community. In July 2019, twenty-two countries including Japan and the UK signed a letter urging China to end its “mass arbitrary detentions and related violations” and called on Beijing to allow UN experts to access the region.

In December, the European Parliament adopted a resolution condemning China over the forced labor allegations. The British government has also criticized Beijing and said earlier this month that it would fine companies which hide connections to Xinjiang.

The new measures are designed to ensure that all British organizations “are not complicit in, nor profiting from, the human rights violations in Xinjiang,” according to the UK Foreign Office.

Earlier this month, the US also banned imports of cotton products and tomatoes produced in Xinjiang over forced labor concerns.